The objective for this project was to create a set of two double-sided factsheets that can be inserted into Biography.com’s publication as single information sheets. 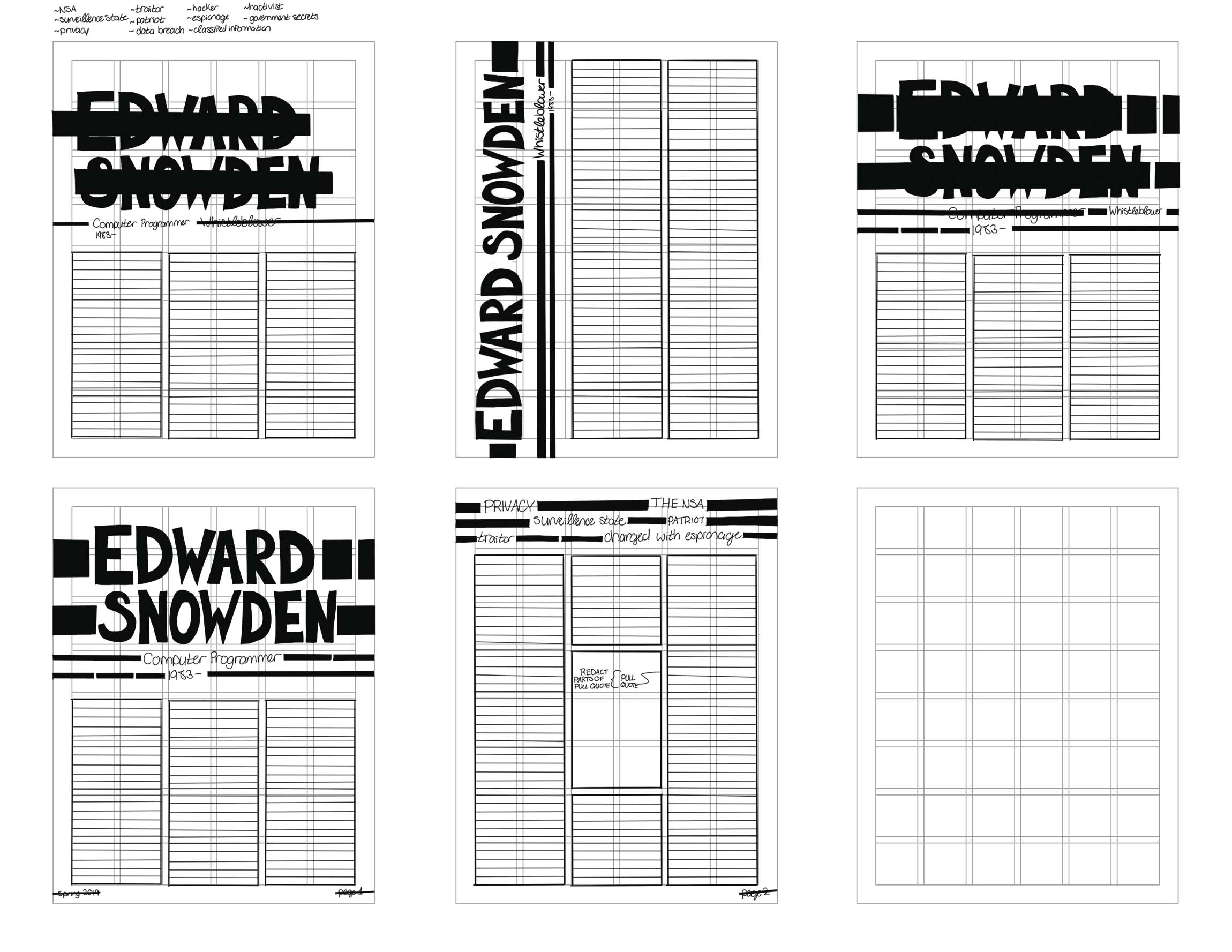 To begin this project, two individuals with similar stories were selected so an overall thematic design could be carried across the two factsheets. The simple design elements reinforced the theme of both articles. As Edward Snowden and Chelsea Manning are notable whistleblowers, the inspiration for this design was to create factsheets that resembled redacted government documents. After the selection process, sketches were created to test potential layout solutions for the featured stories. 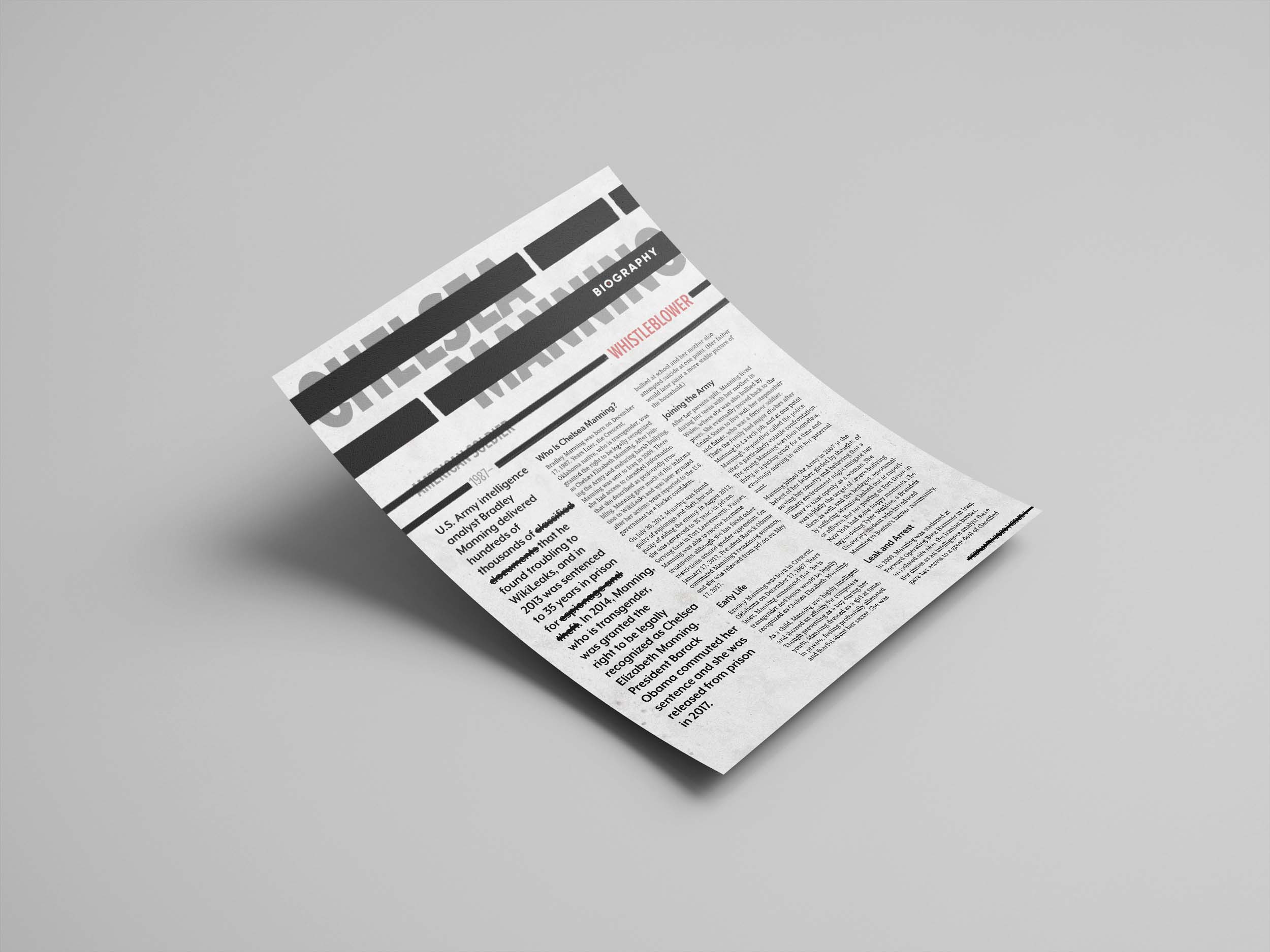 Once the layout was finalized, then began the process of searching for the perfect, bold sans serif font that would pair well with the overall design. The font choice was meticulously selected to ensure readability when the text was crossed out. There were many strong contenders, but a common issue that was encountered was that the curvature on the letter terminal was too severe or the cap height was too small thus making the text difficult to distinguish when redacted. Ultimately, the best font that resolved these issues was the Proxima Nova Extra Condensed typeface family. 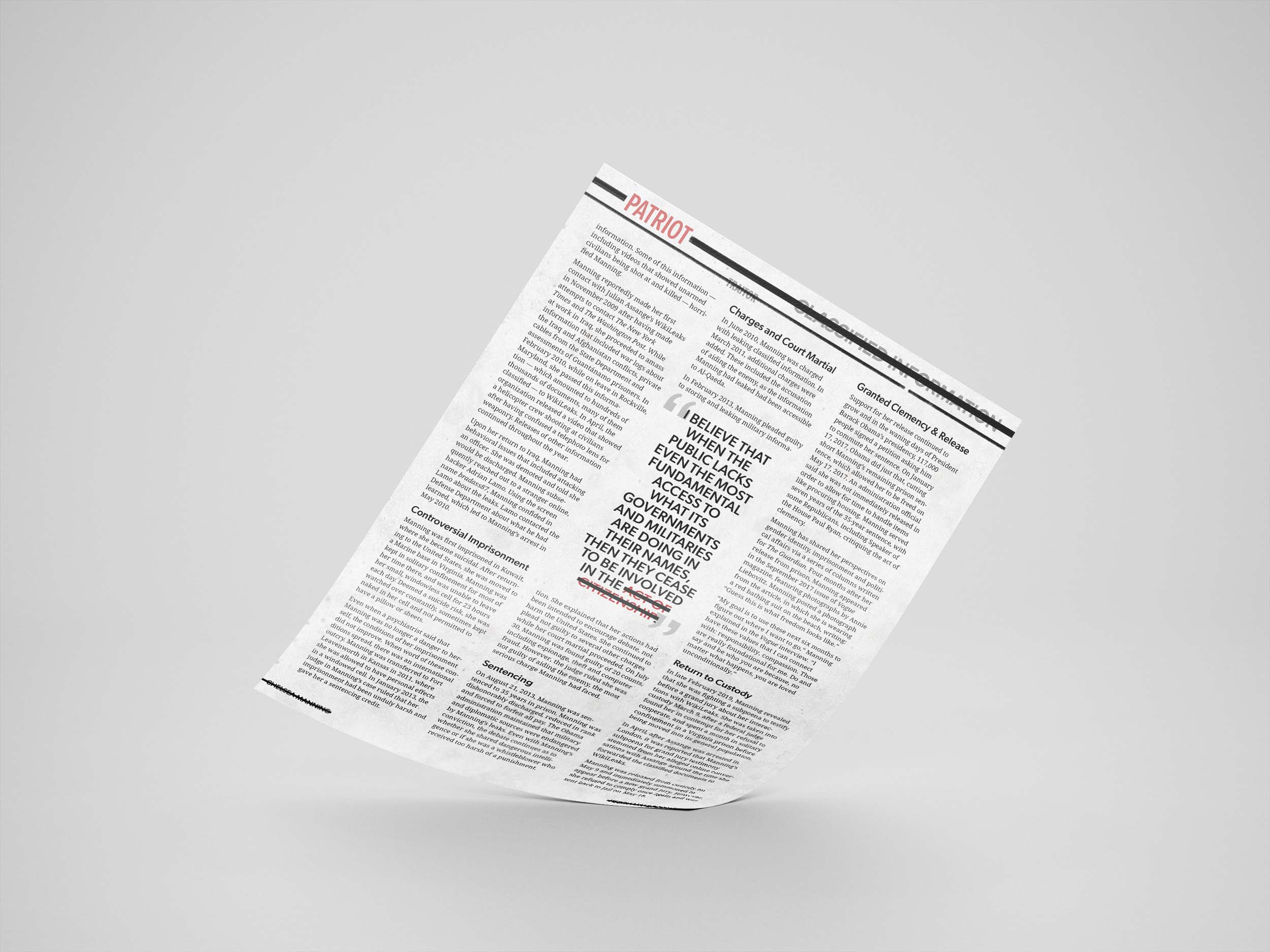 With some minor refinements to font size and design elements, the final whistleblower factsheet sets were complete!